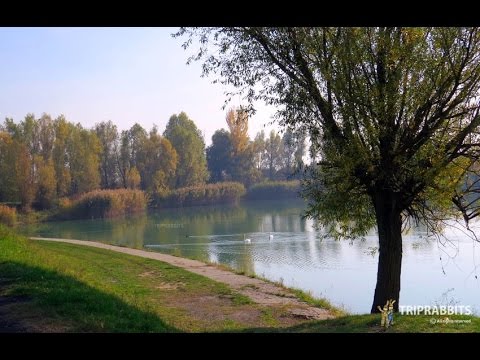 The Bajer Lake in the Jug 2 district has been known since the 60s of the 20th century, and in the years to come it has become a well-known fishing and swimming location. With an average depth of about 3 meters and an area of 5 acres, the lake is rich in grass carp, common carp, roach, catfish, Prussian carp, pike, tench, perch and the like. Until the late 90s, fishermen used to self-source and populate the lake with fish, after which they established SFC Jug 2 and turned this area into a well-known fishing location. The record is held by Željko Tubić who caught a 57 kilogram-heavy and two and a half meter-long catfish. In addition to the annual offer of up to 2,500 pounds of common carp and grass carp, and 2,000 specimens of white fish, the Bajer Lake in Jug 2 is a free swimming spot for all those who want to refresh during the hot summer months.

Here you can find people swimming and fishing.