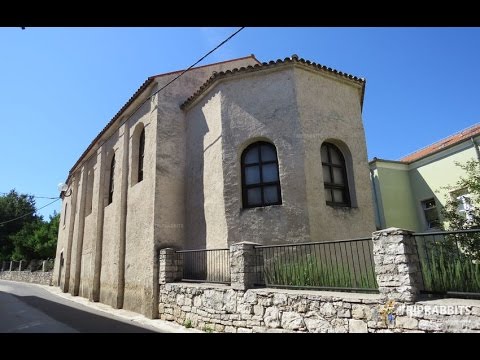 The old center of Pula was enriched by the church of St. Nicholas in the second half of the 6th century. At the time, the church was dedicated to the Great Lady, and was modelled on the churches of Ravenna with a polygonal apse. In 1583, the church was, because of Greek immigrants, assigned to their Orthodox community, and for a period of time was the only Orthodox Church in Istria. Today, St. Nicholas’ Church represents the Serbian Orthodox Church. The church is famous for its iconostasis of Tomios Batos, the Greek master from the 18th century and many other icons. Near the church there is an inscription dedicated to the goddess Ica, while later the foundations of ancient buildings and parts of dishes, plates, pottery and coins of Emperor Maxentius were also found there. In addition, the remains of an ancient pavement that connected the top of Pula with the bottom of the hill were also discovered her.

Address: Castropola ulica (old town), Pula 52100
The Church of St. Nicholas is located in Pula in Castropola Street (around 400m away from the Forum Square)

Arch of the Sergii
Pula