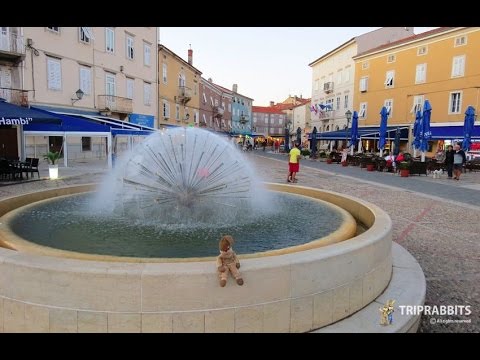 Situated in the old part of the town, near the waterfront, the Frano Petrić Square is the main square of the island of Cres. On the square are numerous bars and restaurants that offer a large number of local specialties. On the square is a modern fountain, which fits perfectly in the old town. Frano Petric has lived, worked and died in the 16th century, and is one of the most famous Croatian philosophers and historians. He was educated in a number of cities, such as Venice, Padua, Bavaria and Ferrari. In addition to philosophy and history, he also dealt with poetry, rhetoric, mathematics, medicine, geometry and historiography. After his death in 1597, he was buried next to Torquato Tasso in Rome.

This is the main square in Cres.

Address: Trg Frane Petrića, Cres 51557 (Otok Cres)
The Frano Petrić Square is located in the old town of Cres on the address of the same name

Translations:
If you are driving with a car, show this translation to the taxi driver:
Molim Vas da me odvezete do starog dijela grada Cresa. Hvala!