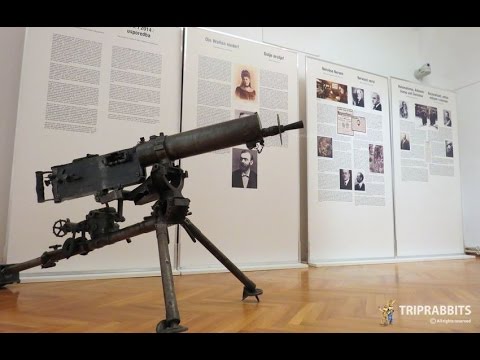 Museum of Slavonia was established in the late 19th century as a “Museum of the Free and Royal City of Osijek. It is one of the oldest museums in Croatia. Starting with only 2,000 donated copies, today reported nearly half a million items. The museum has three permanent exhibitions, such as ‘Prehistory’, ‘Migrations and the Middle Ages’ and ‘Lapidary’. Furthermore, in addition to permanent exhibitions, the museum often hosts numerous other exhibitions, concerts and workshops. Although several times the Museum changed its location, at the end of World War II it moved to the former City Hall. The museum has nine departments, such as the Numismatic, Archaeology, Natural History, Technical, Ethnographic, Historical, Department of museumwriring, Archive collection and the Department of decorative arts. In 1994 Museum got a national status.