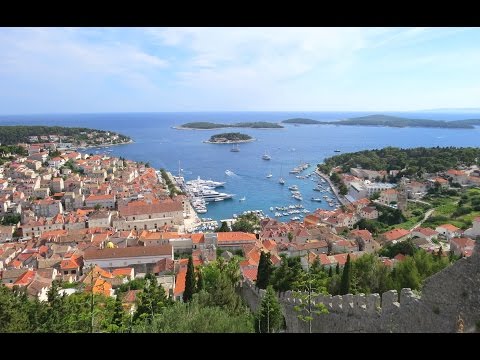 Experience top destinations and the most famous cities, soak up all the magic and fall in love with its beauties. Take a walk on historical traces, discover many architectural and artistic achievements, experience Mediterrian magic, idyllic Adriatic coastline, crystal clear waters and treat your taste buds with continental and seafood delicacies and sweets. Start Your tour in Zagreb, the very center of Croatia through mystical history of the Upper Town, continue to picturesque Zadar with the sounds of world’s famous Sea organs and exciting Diocletican’s Split to the pearl of Adriatic – Dubrovnik, where you can walk on the path of the historical greats but also of the modern characters of Game of Thrones. In return experience sunny Šibenik, unforgettable nightlife and natural beauties of national parks – enjoy yourself in the sounds of the Krka waterfalls, visit the Kornati islands, follow the stream of the Plitvice lakes and soak up all the greens of Rastoke. On your way back to Zagreb we are taking you in one of the biggest shopping malls where you can enjoy in shopping, sightseeing and relaxation at the end of the journey.
The best way to explore Croatia, know something more about cultural and world heritage, enjoy beautiful nature and tastes of local specialties is with this carefully designed tour just for You.

Zagreb is, as a capital of Croatia also cultural center rich in history of which many sights testify. We will visit Zagreb Cathedral, Dolac market, so called ”the belly of Zagreb” where You can enjoy various tastes, Stone gates – the main attraction of the charming Upper Town for which is assumed to date back in 1266, and the central St. Mark’s Square is political focus where today are the Croatian Parliament, St. Mark’s Church and Ban’s Court. From the Lotrščak Tower You can enjoy a beautiful view of the city and from the tower Grič cannon everyday with its gunshots marks noon. From the Upper Town You can ride with cable car, a monument of culture, and after the tour You can treat yourself with tasteful cakes made by traditional recipes of Zagreb and Vienna in Vincek pastry shop. Unavoidable location in Zagreb is certainly the main Ban Jelačić Square, the heart of the city and center of many events and happenings.
Sleep in Zagreb.

The city located on the Adriatic coast with 3000 year old history offers everything Your heart desires. Cultural and natural beauties adorned the city from the ancient times – renaissance Land Gate from the times of Venetian rule, Five Wells Square, the Town Guard building, St. Donat’s Church which belongs to the most famous and the most important pre-Romanesque European churches and the Cathedral of St. Anastasia – the biggest cathedral in Dalmatia. 40 years ago Alfred Hitchcock proclaimed Zadar sunset ”the most beautiful one in the world” and You can enjoy in it with the mystical sounds of Sea organs and the sunset turns on the lightning elements in harmony with the sounds and creates symbolic and picturesque communication with the nature.
Sleep in Zadar.

Split is the largest city in Dalmatia whose history is initiated 17 centuries ago by the Roman emperor Diocletian. Tour of the city market Pazar, Split waterfront – Mediterranean heaven for pedestrians, showcase of Split and the center of city life where numerous cultural, entertainment, social and political events take place, the Cathedral of St. Duje inside the Diocletian Palace which due to its beauty and historical value entered the List of World Heritage of UNESCO in 1979. In the old town there are preserved examples of the Roman architecture, medieval Gothic palaces, Romanesque churches, Renaissance and Baroque facades in which is interpolated architecture of a new era. If You like challenges try to go through ”Let me pass” street, one of the narrowest streets in the world and after that treat yourself with homemade ice cream in Luka pastry.
Sleep in Split.

Dubrovnik is under UNESCO protection since 1979, the former center of maritime trade and development center from where numerous Croatian writers, scientists, artists and other scholars worked and influenced. Today it is one of the most important tourist and historical center of the Croatia with rich history, great nightlife, recipes from ancient times by which real local delicacies are prepared and warm Mediterranean climate with over 250 sunny days a year. In Dubrovnik we will visit the Old Town, known to many as the shooting location of globally famous TV series Game of Thrones, and the Old Town core includes the main street Stradun, Orlando’s Column, Sponza Palace, the Rector’s Palace, Church of St. Blaise, the patron saint of Dubrovnik, whose relics are kept in the Dubrovnik Cathedral in the Old Town. View of the old city walls is one of the most beautiful sights that you can see and Dubrovnik is proud of it. After the city walls You can find refreshment at the Onofrio Fountain. The cable car takes You from the Old Town to the Srđ viewpoint where with a beautiful view You can enjoy local specialties in the panoramic restaurant.
Sleep in Dubrovnik.

The central part of the Adriatic coast adorns city Šibenik and it found its position in rugged bay. We will visit St. James’ Cathedral – the most important architectural achievement of the 15th and 16th century in Croatia and the Fortress of St. Michael in the Old Town. In the evening we recommend going to the Hacienda nightclub near Šibenik, club with great music with top DJs such as David Guetta, David Morales and Benny Benassi.
Sleep in Šibenik.

Krka National Park is located 18 km from Šibenik and it is famous for its numerous lakes. The Krka River flows through a 75 kilometre long canyon and forms many waterfalls such as Roški waterfall, Bilušica buk, Rošnjak, Miljacka, Manojlovački waterfall, which is considered to be one of the most beautiful calcium carbonate waterfalls in Europe, and others. The National Park contains two valuable historical monuments, which are a Franciscan monastery located on an island Visovac and monastery Krka.
Sleep in Šibenik.

The Kornati National Park are the densest archipelago in the Mediterranean with 150 islands situated in a small area. The Kornati islands were formed in the ice age which was caused by the raising of the sea level and the fields became the sea and the mountains became islands. The islands are rich in flora, algae and fauna including fish, invertebrates, turtles, mammals, the Mediterranean sea monk and many others. There are hiking trails which lead to the viewpoint offering a perfect view of the Kornati islands.
Sleep in Šibenik.

Plitvice Lakes National Park is the largest and the oldest national park in Croatia. The lakes were declared a National Park in 1949 and thanks to its natural beauties were included on the List of World Heritage in 1979. Plitvice Lakes consists of 16 lakes which draw water from streams and rivers and the lakes are connected with beautiful waterfalls.
33 km from Plitvice is a place Rastoke, situated on the bank of blue-green river Slunjčica. It is named after the fact that the river Slunjčica dissolves in numerous backwaters, where it leaves behind small waterfalls and there are many apartments under which water flows, which is why the visit to Rastoke is an unforgettable experience not to be missed.
Sleep in Rastoke.

On the way back to Zagreb we offer visit to the shopping center West gate.
Sleep in Zagreb.

Transport:
Car, minivan or bus (depending of passenger number)

The package price based on 4 registered passengers includes:

The package price based on 4 registered passengers does not include:

The package price based on 6 registered passengers includes:

The package price based on 6 registered passengers does not include:

The package price based on 14 registered passengers includes:

The package price based on 14 registered passengers does not include: